His name may be the first thing you notice about this North American native, but as his music spills through your speakers it follows up with a culture-crossing warmth and sentiment we can all latch on to.

Beginning his musical days as many a passionate singer-songwriter does, getting high on the scent of caffeine, playing to the sounds of café chatter, taking waves from friendly neighbours whose backyard you played in last week, Villfan’s connectedness to audience motivates his creativity from start to finish.

Based in LA with a captivated Californian following, Villafan is a self-produced success story, seeking to move beyond simply ‘gaining fans’, with a desire to take listeners into a spiritual concert experience pointing to something greater.

Touring in Europe in 2012 after boldly deciding to take his debut ‘Sweet Times’ on the road, Villfan’s international appeal has swelled over the last couple of years, pulling him to the eye-line of the BBC, French press, and now Australian media.

The Connect Press caught up with Villafan to hear about the heart behind his music, and why he’s decided to go acoustic on his new project ‘Acoustic EP: Vol 1’. 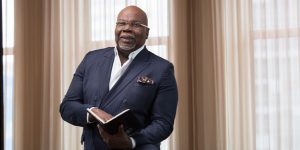